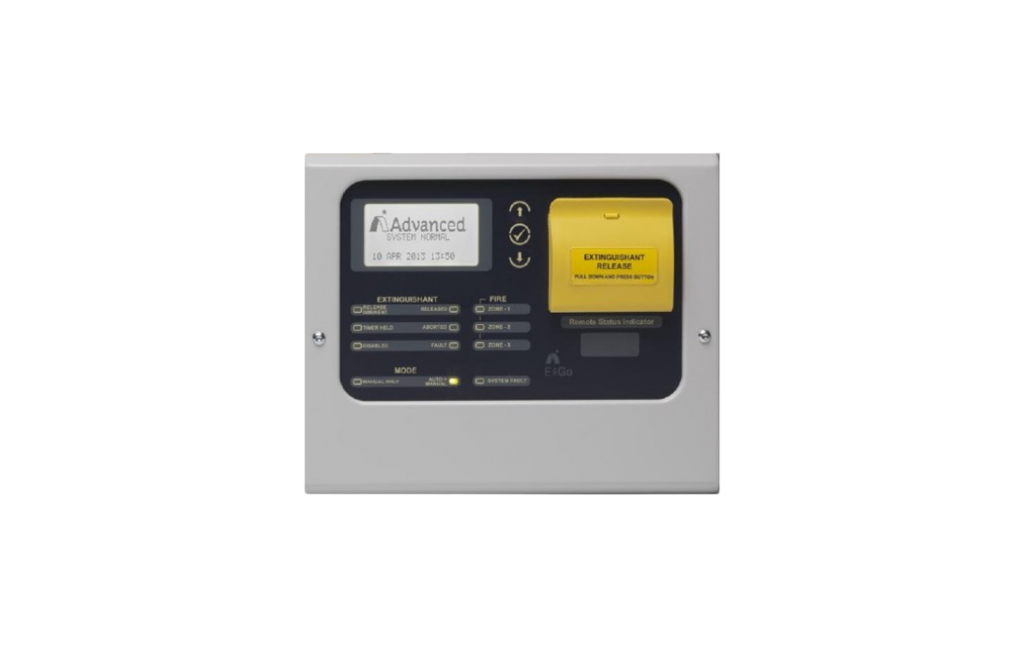 The Ex Remote Status Indicators are available in two formats, a basic display only with optional key switches or a manual release version with optional keyswitch for automatic/manual mode.
The Ex-extinguishing system detects a fire in the same manner as a fire alarm system, but in addition to sounding alarms, it also controls the release of an extinguishing agent.